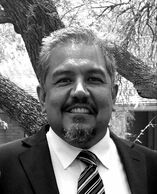 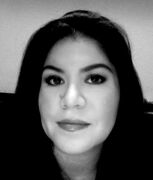 Xochitl Talamantes-Cerda - Associate Director of Bands, Director of the Symphonic Band, Woodwind Specialist
Ms. Cerda is the director of the Symphonic Band at Pace High School, where her bands have been consistent sweepstakes winners.  Originally from Monohans, Texas, she was a three-year member of the TMEA All-State Band on clarinet and attended Hardin Simmons University and Stephen F. Austin State University.  She was a member of the Abilene Intercollegiate Orchestra in Abilene, Texas and a member of the Orchestra of the Pines in Nacogdoches, Texas.  Studied clarinet with Andy Sealy, Dr.  Robert Walzel, Dr. Raphael P. Sanders, Dr. Stacey Thompson, and Dr. Christopher Ayer.    She is currently pursuing a Master's degree from Stephen F. Austin State University in Music Education with a concentration in Conducting. Before teaching at Pace High School, Ms. Cerda taught in Los Fresnos CISD.  She and her husband Manny are avid animal lovers and enjoy the company of their horse, cats, dogs, and parrot. 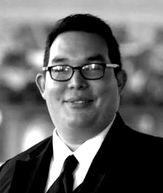 Adrian Martinez - Associate Director of Bands, Director of the Concert Band, Director of Jazz Studies, Brass Specialist
Mr. Martinez is a native of San Antonio, Texas.  He attended Texas Tech University where he studied tuba under Dr. Kevin Wass, as well as conducting under Dr. Sarah McKoin and Mr. Gary Lewis.  He holds a Master's degree in Wind Conducting from Kent State University. Mr. Martinez was a member of Revolution Drum and Bugle Corps in 2001, the first year that Revolution competed in DCI.  He was subsequently a member of the  Boston Crusaders Drum and Bugle Corps where he was a four-time DCI World Championship Finalist from 2002-2005.  Mr. Martinez also served on the brass staff of the Glassmen Drum and Bugle Corps from 2008-2010.  Prior to teaching in Brownsville, Mr. Martinez taught in Leander ISD.  At Pace High School Mr. Martinez teaches brass for both the Wind Ensemble and Symphonic Band, and is the director of the Jazz Ensemble.  He has earned numerous first divisions as primary director of the marching band, concert band, symphonic band, and jazz band. He is also an active music arranger and drill writer, having written several of Pace High School's more recent marching band shows, as well as productions for several bands in the Rio Grande Valley, Kent State University, and other high school band programs throughout the country.  Mr. Martinez lives on South Padre Island with his wife, two dogs, and two cats. 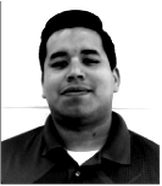 Michael Segura - Associate Director of Bands, Director of the Indoor Drumline, Percussion Specialist
Mr. Segura is a native of Brownsville, Tx. He attended The University of Texas at Brownsville where he studied Percussion under Dr. Tom Nevill, Dr. Mark Eichenberger, and Dr. Joe Moore III. Mr. Segura was a member of Revolution Drum and Bugle Corps from 2009 to 2011, where they won the 2011 Open Bass Ensemble Competition. At Pace High School, Mr. Segura teaches the Marching Band Percussion section, all concert band percussion, and directs the Pace Indoor Percussion. 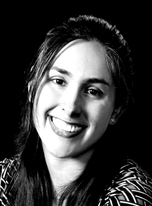 Celina Tamez - Double Reed Specialist
Was born and raised in Houston, TX and fell in love with music when she was in high school.  She performed with the Viruosi of Houston youth orchestra as well as the Fort Bed Symphony Orchestra while in high and had the honor of being an All-State band member.  To pursue her musical passion, she attended the University of North Texas and earned Bachelor's degree in Music Education and Oboe Performance. After college she performed with the Denton Community Band, Lone Star Symphonic Band, Harlingen Community Band, and the Brownsville Wind Symphony.  She has one daughter with whom she spends every free moment and immerses in music. She enjoys bicycling, pulling her daughter in a trailer, and walking with her daughter and dog. 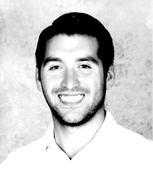 Brandon Villareal - Director of Colorguard
Brandon Villarreal is a graduate of Texas A&M International University in Laredo, Texas and holds Bachelor’s degree in Kinesiology and a
minor in Dance. While at TAMIU, Mr. Villarreal was a member of the TAMIU Dance Program,  Alma Gitana Flamenco Company, and the TAMIU Cheer program.  Mr. Villarreal started his colorguard experience in 2004 and immediately after high school  became a member of the Crossmen Drum and Bugle Corps from San Antonio, Texas (2008-2010) where he served as captain in 2010, as well as the Santa Clara Vanguard Drum & Bugle Corps from Santa Clara, California (2011).  Mr. Villarreal has taught with Genesis Drum & Bugle Corps from Austin, Texas (2012) and has also worked with many high school colorguards and dance programs around the Rio Grande Valley including Laredo Lyndon B Johnson High School, Laredo United South High School, Hidalgo Early College High School, La Feria High School, Gladys Porter High School, and most recently directed the Rivera Early College High School Horizon Dance Program.  Mr. Villarreal is excited to be in Brownsville and more excited to be a part of the James Pace Early College High School Band program!
To contact the directors, visit the contact page.